A 5 MPH Speed Reduction Could Save Lives 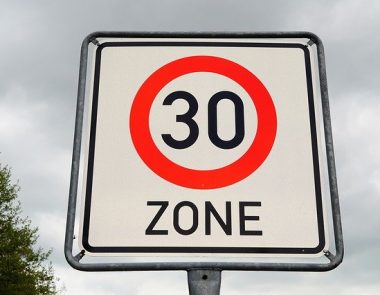 Data from the Insurance Institute for Highway Safety (IIHS) determined that a 5-mile-per-hour speed reduction in urban areas could make streets safer for pedestrians and vehicle passengers. A more recent study from the University of Illinois further supported IIHS’s findings.

What the IIHS Study Found

Specifically, IIHS looked at the city of Boston, which reduced its city street speed limit in 2017 to 25 mph from 30 mph. IIHS compared the effects of the speed change to control sites located in Providence, Rhode Island.

The Recent University of Illinois Study

In 2020, a study from researchers at the University of Illinois looked into speed reductions that went into effect in São Paulo, Brazil. The study found that the reduced limits on highways from 90 kilometers-per-hour to 70 helped improve highway safety.

The speed reduction took place in 2015 and became one of the most controversial subjects affecting the 2017 mayoral election. Ultimately, the election of a new mayor resulted in a reversal of the policy change. Subsequently, University of Illinois researchers studied traffic accident rates before, during, and after the implementation of the policy.

The study concluded that accidents decreased by up to 21.7 percent on affected streets over a period of 18 months, which translates to around 1,889 accidents avoided, along with around 104 fatalities.

One of the key reasons high speeds are so dangerous is because the faster a person travels, the narrower their peripheral vision becomes. At high speeds, a driver experiences tunnel vision along with reduced depth perception, which prevents them from seeing other people and objects clearly in their field of view.

Lower speeds also mean that impact isn’t as severe, particularly if pedestrians, motorcyclists, or cyclists are involved in an accident. Further, drivers traveling at slower speeds have more time to stop before the point of impact.

As governments work to make roadways safer for everyone, one of the key steps will be to reduce speed limits when possible.