Accident Risk Goes Up For Every Hour of Sleep Lost 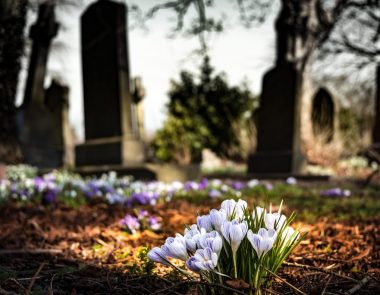 Drowsy drivers are involved in 20 percent of all fatal accidents, and a recent study by the AAA Foundation for Traffic Safety shows that the risk of accident involvement increases sharply with each hour of sleep that is lost in a 24-hour period, making it important to get enough sleep. According to the National Highway Traffic Safety Administration, 35,092 people were killed in accidents in 2015. With drowsy drivers being responsible for 20 percent of all fatal accidents, approximately 7,000 people died in accidents involving tired drivers in 2015. A wrongful death attorney believes that people should make certain that they get adequate sleep each 24-hour period; if they get less than seven hours during the night, they should make up for the loss at another time of the day.

Using data from the National Motor Vehicle Crash Causation Survey that was completed by the National Highway Traffic Safety Administration, the AAA Foundation for Traffic Safety reviewed self-reports by drivers who caused accidents that were contained in police reports. Drivers who reported that they had slept between five and six hours in the preceding 24-hour period were twice as likely to be involved in accidents as those who had slept longer. When they had slept between four and five hours, their accident risk increased fourfold above those who had slept for seven hours or more. Drivers who had slept only four to five hours had an accident risk that was equal to that of people who drove while intoxicated.

Sleep Should Be a Priority

While some of the problems that can happen because of sleep deprivation are self-harming, motor vehicle accidents are especially troubling because they can result in harm to others, including severe injuries or deaths. A wrongful death attorney urges people to prioritize sleep. If a person gets less than seven hours of sleep at night, he or she should make up the difference by taking a nap at another time of the day. Those who start feeling tired while they are driving should pull over and take a nap. Studies have shown that getting even a 20-minute power nap can help people to reduce their risks of falling asleep behind the wheel.

All drivers owe a duty of care to other motorists and pedestrians who are traveling around them. When a driver breaches his or her duty of care and causes a motor vehicle accident, he or she may be held to be liable to pay damages for the injured victim’s losses. When people die as a result of a drowsy driver’s actions, the victims’ families are allowed to file wrongful death civil actions against the driver who caused the accident. In order to prevail in a wrongful death case, plaintiffs must be able to prove that their loved one died, that the other driver’s negligence caused the death, that surviving family members have suffered monetary damages as a result, and that a personal representative has been appointed to the decedent’s estate.

The primary measure of damages in wrongful death actions involving drowsy drivers is the financial losses incurred by the surviving family members. Factors that are taken into consideration include the victim’s age, earning capacity, life expectancy, health, and condition, and the circumstances of the surviving family members. The calculations may be extremely complex, and a wrongful death attorney may seek the help of experts in order to determine the appropriate measure of damages to seek for his or her clients.

Driving while drowsy can seriously injure or kill both the drowsy driver and innocent people who are traveling near to them. As the AAA Foundation for Traffic Safety’s study demonstrates, people who drive without adequate sleep have substantially heightened risks of injuring or killing others while they are driving. A wrongful death attorney believes that people should make sleep a priority so that they do not endanger themselves and others when they get behind the wheel of their vehicles.