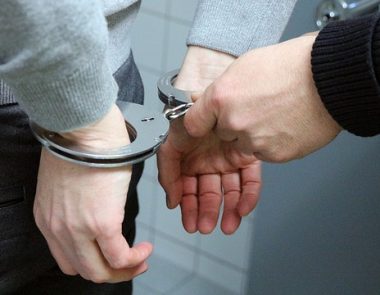 Even with increased enforcement and education, drunk drivers continue to cause injuries and claim lives. In 2015, 1.1 million individuals were arrested for drunk driving; however, that’s just 1% of the nearly 111 million self-reported incidents of drunk driving that take place every year.

The Toll of Drunk Driving

10,265 people died in drunk driving accidents in 2015. This represents nearly 1/3 of all traffic related fatalities.

Drunk driving accidents are also the leading cause of for children under the age of 14. In 2015, 1,132 automobile related accident deaths were recorded in this demographic. Of these, 16% were caused by a drunk driver.

It is estimated that every 2 minutes, a driver, passenger, or pedestrian is killed by a drunk driver. Even more frightening are statistics collected by MADD that show 50-75% of convicted drunk drivers will continue to operate a motor vehicle while on a suspended license.

Over the course of a lifetime, it is estimated that 2 in every 3 motorists will be involved in an alcohol-related crash. Each year, drunk driving accidents cost Americans more than $132 billion in the form of emergency medical care, treatment, lost wages, property damage, and funeral expenses.

Effects of Marijuana on Drivers

Marijuana slows a driver’s reaction time and can limit their ability to make critical decisions while driving. Whether smoked, eaten, or vaped, the effects of the drug are the strongest during the first hour after consumption. Drivers who consume marijuana and then get behind the wheel are 25% more likely to cause an accident.

Nationwide, it is estimated that 13% of nighttime and weekend motorists consume marijuana before operating a motor vehicle. In 2010, “drugged driving” accounted for 28% of traffic fatalities. This was 16% more than 1999 which shows the numbers are clearly rising as legalization initiatives spread across the country.

In 2016, 284 traffic fatalities occurred in Nevada. Of these, 74 were deemed to be alcohol related. In an effort to help reduce deaths caused by alcohol or drug impaired driving, law enforcement agencies throughout Nevada are pledging increased enforcement efforts throughout the year.

A car accident lawyer in Nevada can help individuals who have been injured seek compensation for the treatment of their injuries, damage to property, loss of income, and the disruption these injuries cause to their lives. Survivors of those who are killed may also seek damages for wrongful death and loss of consortium.