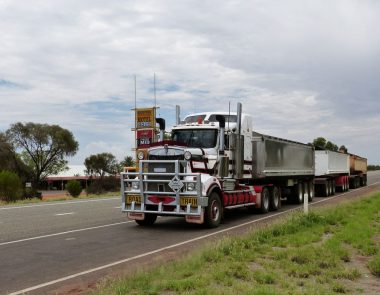 The aging truck driver population will have ramifications in several different areas. There is already a shortage of drivers, a problem that will become more serious over the next five years. With fewer drivers working longer hours, there is also higher risks for drivers on the road. In the event of an accident, a truck accident lawyer can help navigate the legal system.

At the end of 2014, there were approximately 3.2 million truck drivers in the United States. There is already a shortage of drivers, with an estimated 30,000 and 35,000 fewer truck drivers than required by industries. At the current rate of retirement and new drivers, it is estimated that there will be a shortage of over 200,000 drivers by 2022.

As the number of available truck drivers decreases, companies are finding themselves faced with either asking drivers to work longer hours or have to drive heavier loads. With the average age of truck drivers being higher than the age of the average employees in other positions, it becomes increasingly difficult to manage longer hours. They also have a slower reaction time than their younger counterparts.

Stricter qualification requirements on state and federal levels also make it more difficult for companies to attract younger drivers. The following requirements must be met in most states to become a truck driver:

These qualifications dissuade younger potential employees from making a career of driving trucks as the qualifications are cost prohibitive. With many states enforcing a minimum age of 21 years old, it is expected that the shortage will only grow larger as the average age of truck drivers continues to increase. The problem is further compounded by additional age requirements for endorsements. For example, to be insured for a hazmat endorsement, some states require drivers to be at least 25 years old.

With a high probability that the average truck driver age will continue to rise, there is an increased chance of needing a truck accident lawyer. If a loved one is involved in an accident, a truck accident lawyer can assist in understanding the applicable laws. From reviewing the driver’s history to determining if a company was in compliance with the law, a lawyer offers can examine the relevant laws to work toward a solution.