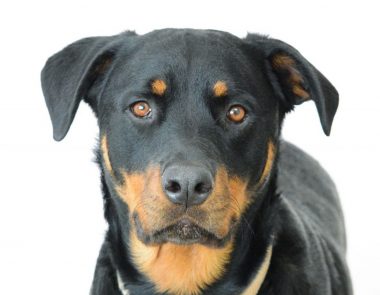 Becoming educated about the a dog’s body language, understanding how to properly behave around dogs, and knowing what to do if a potential dog attack is imminent can reduce the risk of a dog bite. Dog bites can result in significant injuries and infections that sometimes leave victims with long term or permanent suffering. Sometimes these attacks even result in death. Children between the ages of 5 and 9 years old are at the highest risk for becoming victims of dog bites. Since more than half of these dog attacks occur with familiar pets at home, or while visiting friends or family, it is essential that dog owners, parents, and other individuals who come in contact with dogs work together to increase safety and reduce the risk of dog bites.

According to the Centers for Disease Control and Prevention (CDC), an estimated 4.5 million individuals are bitten by dogs each year in the United States. While some breeds of dogs are more likely to inflict serious, or even deadly injuries, even the smallest, friendliest of dogs can attack under certain circumstances.

In many situations, dogs will show physical signs that they may be preparing to attack. Understanding a dog’s behavior can help prevent individuals from being bitten. Signs of an impending dog attack include:

While many dogs show a mixture of these signs, individuals should be aware that some dogs might show no sign of attack at all. Crouched posture or a wagging tail might even occur right before an attack.

Even the friendliest of dogs might attack if they feel intimidated, threatened or anxious. That’s why it is important to practice safe behavior around all dogs- even those who are familiar. Additionally, young children should never be left unsupervised around dogs. Other behaviors to avoid include:

When a Potential Dog Attack is suspected

Unfortunately, some dogs try to attack even when they are not provoked in any way. Knowing what to do if a dog becomes aggressive can help reduce the risk for significant injuries, and might even prevent the attack altogether.

If an aggressive dog approaches, the individual should never scream or try to outrun the dog. Instead, the victim should avoid making eye contact- which can challenge a dog, and stand as still as possible. Once the dog loses interest, it will move away, and the individual can slowly retreat to safety.

If the dog does attack, the individual should attempt to put anything that is available in between his or her body and the aggressive canine. This can be anything from a bicycle or lawn chair to a jacket or bag. If the individual is knocked to the ground, he should quickly curl up into a ball and tuck his knees tightly into his stomach. Interlocking the fingers behind the individual’s neck and using the elbows to protect the face and throat can significantly reduce the seriousness of injuries. In fact, these actions may even cause the dog to simply sniff the victim and walk away.

In Nevada, dog bites fall under the umbrella of negligence laws. Dog owners who are proven to be negligent can be held liable for the injuries caused by their dogs.