Who Is Most Likely to Suffer From Carpal Tunnel Syndrome? 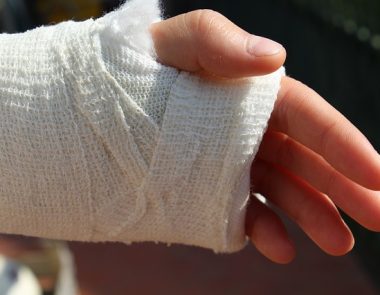 A recent study involving researchers with the California Department of Public Health (CDPH) found that women workers were most at-risk for carpal tunnel syndrome (CTS). The study looked at nearly 140,000 workers in California who filed workers’ compensation claims due to CTS between 2007 and 2014.

What Exactly Is Carpal Tunnel Syndrome?

CTS is a kind of injury involving compression of the median nerve, which runs along the wrist in the carpal tunnel. CTS symptoms include pain, weakness, tingling, or numbness in the wrist or hand. There are several risk factors for this condition, including work tasks that entail repetitive and forceful motions, vibrations, or use of the hands or wrists in an awkward position for long periods of time.

CTS Could Be More Prevalent, Particular for Certain Jobs

Researchers in the CDPH study also found that work-related CTS injuries may be even more prevalent than previously thought. They looked at other studies that indicated that CTS is largely underreported in the workplace and that it’s also often underdiagnoses. Healthcare providers may also be treating the condition outside of the workers’ comp system, even if the injury results from work-related stress.

The study also concluded that workers in certain industries were more likely to suffer from CTS than those in other jobs. The three industries that experienced the highest rates of CTS included:

The industries with the most CTS claims included:

Workers in production, material moving, and administrative and office support were the job categories most likely to experience CTS.

How Ergonomic Design Is Helping

Throughout the period when the study took place, researchers noted that CTS rates decreased, which may have resulted from innovations in ergonomic designs and certain demographic shifts. As more businesses introduce ergonomic solutions and take steps to improve workplace conditions to reduce stress and personal injury, the rates of work-related CTS may experience an even greater decrease.