CDC Vape Warning: This Article Could Save Your Life 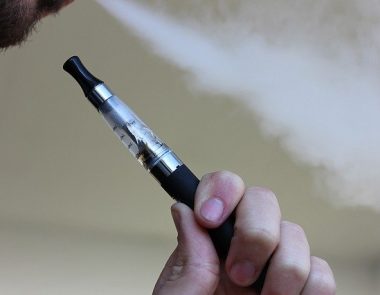 The CDC has issued new warnings regarding vaping products and the risk of lung injuries as cases surge into the thousands. To date, at least 47 vaping-related deaths have been reported across the country. Since the cause of the injuries and fatalities is unknown, individuals are advised to avoid using these loosely regulated products.

The Hazards of Vitamin E Acetate

Vitamin E acetate is used as a thickening agent in some vape fluids that contain THC. Testing indicates the presence of this potentially toxic ingredient in the overwhelming majority of THC-containing vape products tested.

Vitamin E Acetate is believed to be responsible for causing e-cigarette vaping associated lung injury (EVALI). To date, more than 2,300 cases of EVALI have been confirmed in the United States and it is expected that this number will rise significantly in the near future. These figures include 47 confirmed fatalities as of November 2019.

Alarmingly, physicians and researchers do not know why the illnesses are occurring. Some believe that it may be linked to damage caused to the alveoli and lung tissue. This damage is similar to chemical burns and there is no known treatment or therapy to reverse the effects of the injury.

CDC data examining 2,016 vaping injuries has established that 95% of patients presenting with EVALI symptoms required hospitalization. In all, 68% of patients treated for EVALI were male, and 77% of patients were under the age of 35. Nationwide, the median age of individuals suffering from EVALI is 24 years old.

Individuals who use vape products containing Vitamin E acetate should discontinue their use immediately. It is also advisable for individuals using e-cigarettes as a form of smoking cessation therapy to find an alternative product such as patches, lozenges, hypnosis, etc. Individuals who have suffered EVALI symptoms including shortness of breath, vomiting, nausea, diarrhea, and gastrointestinal discomfort should seek prompt medical treatment and follow the advice and recommendations of their physicians.