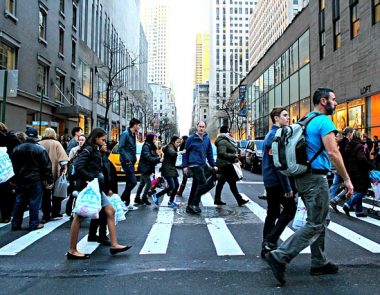 If car manufacturers made some design changes to the front ends of vehicles in the U.S. and in Nevada, fewer pedestrian deaths might occur. European countries follow more stringent design regulations and are rated under the New Car Assessment Program standards. In the U.S., by contrast, cars do not have to comply with these pedestrian-focused design regulations and do not follow the NCAP ratings. A comparison of one European country with the U.S. and India revealed that the different front-end designs that are used in Germany help to save a much higher percentage of pedestrians than in either the U.S. or in India, neither of which have these types of regulations in place. If these design changes were made in American vehicles, accident lawyers would likely see fewer fatal pedestrian accident cases.

Researchers reviewed data from the Global Burden of Disease project and the International Road Traffic and Accident Database in order to determine the baseline rates of pedestrian fatalities and injuries in 2013 in Germany, the US. and India. They were interested in determining the effect of the heavy motor vehicle front-end design standards that are followed in Germany as compared to countries in which such standards are not followed. They found that if vehicles in the U.S. followed the HMV front-end design standards that are used in Europe, there would be a 24 percent reduction in pedestrian injuries. The difference was even starker in India. In that country, the implementation of improved front-end design standard would lead to a reduction of pedestrian injuries by 41 percent.

The study demonstrates that implementing front-end designs of motor vehicles in the U.S. could lead to a significant reduction in pedestrian injuries and fatalities in accidents. Unlike motor vehicle occupants, pedestrians do not have the protection afforded by being surrounded by the metal cage of vehicles. This means that their bodies must absorb the physical forces that are released in accidents, making it much likelier that they will be seriously injured or killed if they are struck by cars. An accident lawyer may analyze the facts of an accident involving a pedestrian in order to assess liability. In some pedestrian accident cases, insurance companies try to dispute the liability of the motorists. By investigating the accident scene, an accident lawyer may help to build a strong case for injured victims or the families of pedestrians who are killed.