There are issues in assigning liability for driverless car accidents 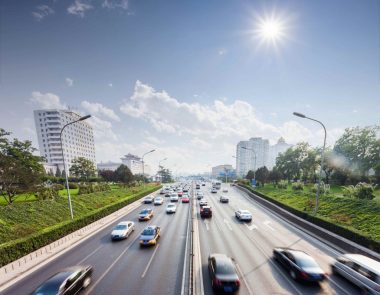 Autonomous car developers and manufacturers believe that self-driven technology will make car accidents and traffic fatalities a historical footnote. However, there are significant technological hurdles between that utopian future and the current state of the technology. While the technology develops, the courts will need a method to assign liability when driverless cars are involved in accidents.

Self-driven cars are a nascent technology. Several companies are working to bring the technology to market including Tesla and their auto-pilot program, Uber and its autonomous taxis in downtown Pittsburgh, as well as well-known car manufacturers such as GM, Toyota, Volkswagen, and BMW.

The purpose of this technology is to design a system in which cars utilize a suite of sensors and communication tools to navigate roads autonomously. It is theorized once the technology matures, it will enable a seamless system of motor vehicles continually communicating with one another and automatically adjusting based on traffic.

Proponents of the technology believe it will improve fuel efficiency, reduce traffic, reduce (and eventually eliminate) traffic fatalities, and save people money. However, there are significant technology hurdles that must be overcome before driverless car technology enters this utopia.

Benefits by the Numbers

According to the National Traffic Safety Administration, about 90 people die, and 6,400 incur injuries in motor vehicle-related accidents. Moreover, 94 percent of those accidents are the result of human error. Additionally, car accidents are the leading cause of death among people aged 16 to 24.

It is also believed that driverless cars will substantially reduce fatalities and accidents due to drunken driving. In 2014, 9,967 people died in alcohol-related car crashes.

Reducing all of these figures might sound unrealistic, however, the Eno Center for Transportation predicted in 2013 that even a conservative 10 percent market penetration rate by driverless cars could save more than 1,000 lives per year and save about $18 billion a year in costs. The Eno Center further predicted that a 90 percent adoption rate would save 22,000 lives and save society $350 billion in costs.

If even a fraction of those predictions come true, it would be one of the greatest public health successor stories in modern times. However, there is a long road between human driver cars and driverless driven cars.

A significant issue that driverless vehicle manufacturers must overcome is catching and correcting all of the “bugs” in their system before releasing the program or update to the public. “Bugs” may appear like a trivial issue but consider that every time Apple, Google, or Windows release an update for their devices, some critical function always stops working. The latest iterations were the exploding phones from Samsung and the Apple update that significantly drained phone batteries.

In phones, these bugs are irritating but never fatal. However, in an autonomous car, a “bug” could result in a fatal car crash. Vehicle manufacturers must find a way to roll out updates that are bug-free, or at least, corrects bugs before they are dangerous.

The current liability regime is dominated by two systems: Fault and No-Fault. Under a fault system, the party who was responsible for the accident bears responsibility for paying the damages to the injured party. The parties and court investigate the accident to determine and assign liability to the more guilty party.

Driverless cars would have a difficult time operating under either of these systems. Under fault, since the human was not responsible for operating the vehicle, he cannot be held accountable. Additionally, under no-fault, insurance companies would be asked to subsidize risk to an unproven technology which would dramatically increase car insurance rates.

It is believed that the shift to driverless cars will expose vehicle manufacturers to greater liability. Some argue that the best method is to allow the issue of responsibility to develop organically through traditional legal mechanisms such as:

When a crash occurs, the courts traditionally assign liability to the parties with the most control over the situation/system and those with the greatest knowledge to prevent future harm. In human driven cars, that responsibility was imposed on the driver, unless a mechanical issue was present.

In autonomous vehicles, car manufacturers will possess the greatest knowledge and control over vehicles. Under traditional analysis, it is possible that vehicle makers will bear the majority of the liability. This shift in liability is definitely expected if autonomous vehicle move from individual ownership, to fleet ownership, similar to Uber or Lyft.