Important Rule Could Save the Lives of Truckers, Other Motorists 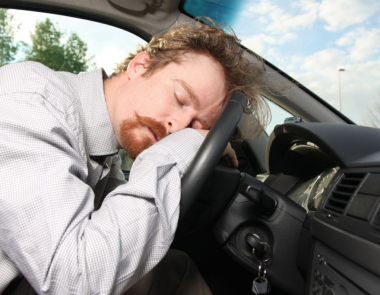 An important rule to screen and assist truckers with obstructive sleep apnea could save lives and prevent injuries to countless motorists. However, the Federal Motor Carrier Safety Administration announced this summer that they would table the new rule. The decision to table the proposed rule is a significant step backward that could leave drowsy commercial truck drivers behind the wheel.

In 2016, the Federal Motor Safety Carrier Administration (FMCSA) began working on new rules aimed at screening and treating drivers for sleep apnea.The proposed rule was introduced following recommendations from their internal Medical Advisory Board that indicated such a rule was necessary.

The rule would require truckers be screened and treated for sleep apnea if they met the following criteria:

These criteria are significant indicators and risk factors for obstructive sleep apnea. The rule would allow drivers to continue operating their vehicles if they underwent treatment and achieved positive results as monitored by a certified sleep specialist.

Symptoms of sleep apnea include snoring, persistent drowsiness during daylight hours, disturbed sleep patterns, as well as impaired concentration and diminished memory. These symptoms can reduce a truck driver’s ability to respond to conditions on the road and safely operate their vehicle. Drivers who fall asleep at the wheel of a fully loaded 80,000-pound semi-truck are effectively driving an unguided missile down the road. The vehicle’s size and mass present a significant danger to other motorists and pedestrians in the vicinity.

The Realities of Drowsy Driving

It is estimated that approximately 100,000 automobile accidents each year can be attributed to drowsy driving. These accidents cause as many as 1,500 fatalities and 40,000 injuries. Nationwide, the number of truck accidents is increasing and drowsy driving is considered to be among the most dangerous factors leading to the increase in accidents. The US Department of Transportation states that sleep apnea is a significant issue within the trucking industry and estimates that as many as 28% of drivers have sleep apnea. Some estimates indicate that as many as 25% of drivers fall asleep while driving at least once per month. Data collected by the National Highway Transportation Safety Board showed that approximately13% of truck driver fatalities each year are the result of drowsy driving.

Commercial truck drivers are at considerable risk for drowsy driving accidents. Pressure to meet deadlines, the need to transport goods over long distances, the need to beat weather patterns, and the human desire to get home and spend time with family increase the pressure exerted upon drivers to push their bodies to their physical limit. To counter these pressures, the FMCSA has instituted numerous rules that govern the number of hours drivers may operate their vehicles each day, the required breaks and time off drivers must take, and the records they are required to keep that establish adherence to regulations regarding hours of service compliance.

Congress & the Courts Fire Back

Legislators in the House and Senate have introduced bills that would require the FMCSA to introduce rules and maintain screening for sleep apnea. The Eighth Circuit Court of Appeals has already ruled that the proposed rule would not violate a trucking company’s right to test employees for signs of obstructive sleep apnea. The court ruled that employers have a legitimate reason for such testing and treatment and that such practices are non-discriminatory in nature.

The court’s ruling congressional action will put pressure on the FMCSA to institute the rule and create formal standards for employers to adhere to. However, even with such pressure, a formal rule could take several years to finalize. This means that in the interim it will be up to individual employers as to whether or not they want to test and treat employees for obstructive sleep apnea.

Truck accident lawyers can hold truck drivers and their employers liable for the injuries, fatalities, and property damage caused by a drowsy driving accident. Thus, it is in the best interests of employers and their employees to treat and monitor signs of obstructive sleep apnea. While compliance with the proposed rule would require an investment of time and resources, it’s an investment that would ultimately benefit the industry and protect the lives and safety of motorists and drivers alike.