Worker Protections for First Responders with Heart or Lung Disease 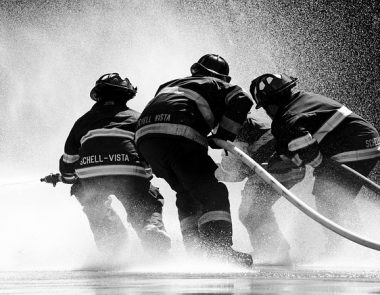 In recognition of the unique dangers that firefighters, police officers and other first responders face in their jobs, the Nevada legislature passed a law in 2015 that allows first responders who develop debilitating heart and lung conditions to recover workers’ compensation without having to prove that their occupational exposures led to their disease conditions.Firefighters and police officers already face numerous risks while they fight fires and crimes each day.

In the past, employers were able to defend against workers’ compensation claims filed by firefighters and police officers who develop heart and lung conditions by arguing that the conditions were caused by preexisting conditions unrelated to their jobs.

Changes In the Heart and Lung Law

The passage of the law expanded the protections given to firefighters and police officers. If these first responders developed heart or lung conditions in the past, they would only be able to file claims for their conditions after they retired. Since the heart and lung law removes the requirement for the first responders to prove that their jobs were the cause of their conditions, employers are no longer able to defend against the claims by arguing that the conditions were caused by something other than their jobs.

Specific Provisions of the Law

For the assumption that the heart or lung condition was caused by the person’s job to apply:

People are not able to count service credits that they have purchased through their retirement systems toward their years of service for the purpose of the law.

In some cases, employers may still defend against workers’ compensation claims that are filed by firefighters and police officers who have developed heart and lung conditions while they were employed as first responders. The law provides that the assumption will not attach if the first responders are regular users of tobacco. Workers who have regularly used tobacco within one year of developing the heart or lung condition will not enjoy the assumption. It will also not attach if the first responders have failed to follow the instructions that they have been given by their doctors for their health within three months of their diagnosis.

People who have met the requirements of the law and who have developed lung conditions during the course of their employment as police officers, firefighters or arson investigators are entitled to permanent disability benefits. This includes those who are left with partial disabilities because of their occupational exposures if their conditions leave them unable to perform the work required of a police officer, firefighter or arson investigator.

The benefits are calculated at 66 2/3 percent of the average monthly wages that the first responders previously enjoyed and are payable until they die. If the claims are not filed by the workers until after they retire, they will not be eligible for any benefits beyond the payment of their medical expenses, however.

The protections that are afforded by Nevada’s heart and lung law for first responders are important. Arson investigators, firefighters, and police officers face dangerous situations that are highly stressful as a regular part of their jobs. They may also be exposed to noxious substances when they are fighting or investigating fires. Because of the value of the work that first responders offer to the community, the state recognizes that they should have added protections if their jobs cause them to develop dangerous heart and lung diseases. The law includes multiple complex provisions, and there are also a number of regulations that affect its application in individual situations. Workers should make certain to keep all of their scheduled physical exam appointments, follow their doctors’ recommendations and avoid using tobacco products so that they can take advantage of the law if and when they need to do so.