Who Is Liable in the Recent High Roller Fall Accident? 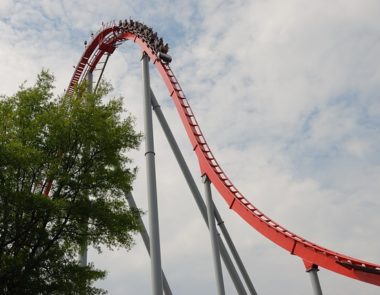 In most cases such as the recent fatal fall from the High Roller in Las Vegas, property owners are not liable for slip and fall accidents when a trespasser’s actions lead to their injuries or death. However, there are exceptions and it is necessary to review the merits of each slip and fall accident individually to determine whether the property owner violated their duties to the injured party.

In February, Stefan Quinton Jones-Green trespassed into an unauthorized area near the High Roller Observation Wheel. He slipped and fell about 50 feet down a set of stairs to his death. Investigators believe Jones-Green was attempting to gain access to the zipline when he lost his footing on the stairs and fell.

It is currently unclear how he gained access to the area or whether he was intoxicated at the time of the accident. It is also unclear as to whether Caesar’s Entertainment which operates the property took reasonable steps to deny Jones-Green access to the area from where he fell to his death.

More commonly, property owners are found liable when they fail to post signs notifying individuals of potential hazards and adequately deny access to dangerous areas. For example, failing to maintain a fence around a swimming pool or lock gates and doors to rooftops could open the door for a premises liability lawsuit.

Businesses, whether they are engaged in hospitality, entertainment, or other operations, have a duty to protect employees and patrons from harm. To accomplish this, they have a right to deny access to hazardous areas by posting signage and locking doors.

When trespassers wantonly defeat security measures to trespass into “off limits” areas, they deliberately place themselves at risk. These include machinery rooms, electrical rooms, elevator shafts, elevated platforms, and dangerous stairwells. If the courts determine the property owner took reasonable steps to deny access to the area and prevent an accident, then they generally hold the property owner or facility operator blameless for the incident.