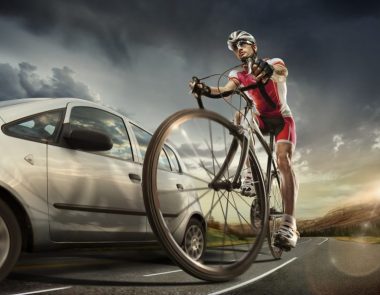 New hit-and-run laws were enacted in October of 2015, and the first arrest made under the new law occurred recently. The new legislation has a much steeper penalty, including larger fines and longer prison time. These types of laws offer protection for pedestrians and bicyclists alike.

The Old Law Versus the New

A hit-and-run accident under the old law would have penalties similar to a felony DUI. A typical prison term would be between 2 to 20 years without the possibility of parole.

The time sentenced under the new law was increased by five years so that a person could serve up to 25 years in prison for a felony hit-and-run with the possibility of parole after ten years. The law also enacts a fine up to $500,000.

Police officers responded to a hit-and-run accident around 12:20 a.m. on June 18. The accident involved a vehicle and a bicycle. The cyclist suffered a range of injuries, including multiple broken bones. Police received a tip through Secret Witness, leading to the arrest of Michael Leon Harris.

Harris was arrested for felony hit-and-run causing substantial bodily harm. He was also charged with drug trafficking. Harris is the first arrest made by the Reno Police Department that involves the new laws.

There are other laws in Nevada that pertain specifically to bicycles. These laws include:

Bicycles do not have to ride on the shoulder. Cyclists should ride as far to the right as practically possible, however. Bicycles should not be ridden more than two abreast except on specific paths.

Bicycles ridden at night must be equipped with a lamp on the front, a red reflector on the rear, and reflective material on the sides of the bike. Helmets are not required in Nevada, but they are highly recommended.

It is important for bicyclists and vehicles to share the road safely. Stricter hit and run laws help protect cyclists. After an accident, a personal injury attorney can answer questions about personal injury and medical bills.