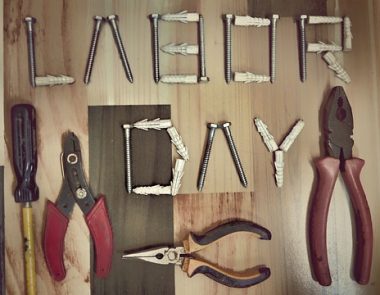 America’s workers have been the backbone of the United States since its inception, and they are more widely recognized for their efforts than they were centuries ago.

By the last half of the nineteenth century, the average American lived a lot better than even the rich just decades earlier, but conditions in factories and in the homemade life difficult for workers. A small number of incredibly wealthy people managed to make their fortunes thanks to many exploited workers, but the workforce has since undergone a gradual evolution to improve workers’ quality of life and develop a better America.

Following the civil war and toward the beginning of the 20th century, the American workforce underwent a transformation. Prior to the 1900s, around 60% of Americans worked and lived in rural areas, but that number had decreased to around 40% as the cities and suburbs began to develop.

Throughout this period, black Americans also became an increasingly integral part of the American workforce. After slavery was abolished, many black craftspeople developed skills that helped them gain independence and freedom for themselves and their families. Having been vital for the formation and success of the country while enslaved, black American workers had continued to contribute to America’s growth.

Women also began to work outside of the home more frequently, with more than a quarter of the five million wage-earning women working in factories.

The Need for Increased Wages and Safer Workplaces

Although many Americans were able to earn a living through labor, and a growing number of workers became self-employed, factory wages remained very low in the early 1900s. In 1900, the average wage for a factory worker was around 20 cents per hour, which came to around 600 dollars in annual income.

The workplace was also highly dangerous at the turn of the century. In 1913, around 25,000 American workers died as a result of hazardous workplaces, and another 700,000 sustained work injuries that caused them to miss work for at least a month.

Child labor was another issue that is no longer a part of America. Children were often required to work around the clock in dangerous conditions.

As workers began to unionize and fight for improved conditions and better wages, America began to place more value on its workers. Today, the American workforce is as important for America’s success as it’s ever been.