What Is the Injured Police Officers Fund in Nevada? 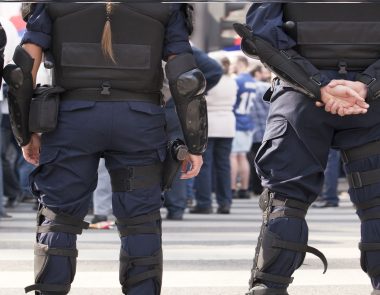 Nevada’s Injured Police Officers Fund (IPOF) is a non-profit organization that provides financial assistance to Police Officers and their families after a line of duty injury or death.

IPOF strives to reduce the financial burden caused by medical expenses, an officer’s inability to work, or the death of an officer killed in the line of duty. The organization helps settle expenses not covered by industrial insurance for severe line of duty injuries or death. Some of these expenses include child care expenses not normally incurred, compensation for damaged equipment, and other expenses based on the facts of the case.

The History of the Injured Police Officer Fund

The IPOF was established in October 1982 following the shooting of Officer James MacLaren during a traffic stop. While he survived his injuries, the incident forced him into medical retirement. Sheriff John Moran and his wife organized a nighttime event that served as IPOF’s first fundraiser. The money raised during this event was given to the MacLaren family and that’s how the idea of IPOF started.

The IPOF is represented by Officers from each of the member agencies. The officers are appointed by their agency’s Chief of Police or Sheriff of Clark County, in the case of LVMPD Officers. The appointed officers volunteer their time to duties associated with IPOF.