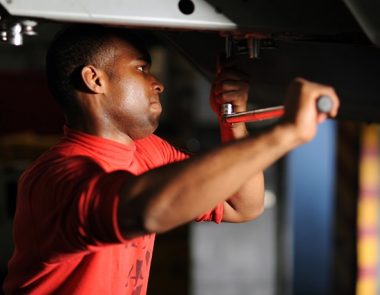 African-Americans and other minorities are much more likely to work in jobs with high workplace injuries, and they also have the highest injury rates when compared to other workers. Because minorities may have fewer economic opportunities, they may be more likely to take higher-risk jobs, increasing their risks of suffering disabling injuries. When they are injured at work, the workers may face mounting expenses coupled with income losses. A workers’ compensation attorney may help injured workers to recover the benefits to pay for their medical expenses and to replace a portion of their incomes if they are temporarily or permanently disabled.

Prevalence of Workplace Injuries by Race

Researchers from the University of Southern California and Boston University reviewed two data sets containing similar demographic information. The first set was the Community Survey by the U.S. Census Bureau from 2006 to 2013 and contained 11.6 million respondents. The second data set was Bureau of Labor Statistics’ Survey of Income and Program Participation included 198,000 respondents and covered the years 1996, 2001, 2004 and 2008.

While the researchers did not investigate the root causes of the disparities in work-related injuries, they did discuss several factors that potentially contribute to the higher injury rates for African-Americans and other minorities. Discrimination has long played a role in poorer working conditions for minority workers. For example, the researchers noted that a study from 40 years ago found that African-American steelworkers were often assigned to work at the top end of coke ovens where they were exposed to substantially higher levels of cancer-causing chemicals.

While significant progress has been made in the reduction of workplace injuries, the study demonstrates that more focus needs to be placed on reducing the injury and disability rates of minority workers. The researchers stated that some of the disparities may be caused by discrimination in hiring and the assignment of minorities to more hazardous jobs. They cautioned that employers may reduce salaries for workers when they are forced to invest more money in reducing injury rates. There is also a danger that employers may try to avoid hiring people for jobs if they have higher injury risks.

Rights When People Are Injured at Work

When workers are injured on the job, they have the right to file claims for workers’ compensation benefits regardless of whether or not they were partially at fault in causing the accidents. Workers’ compensation benefits pay for the medical expenses that injured workers incur as well as related costs such as prosthetic devices and prescriptions. They may also pay for rehabilitation costs. If workers are left with temporary or permanent disabilities, they may receive monthly benefits payments that replace a percentage of their former incomes. Workers in the construction industry who suffer injuries in construction accidents may sometimes also be able to recover damages through third-party lawsuits in addition to their workers’ compensation claims with their employers. This may occur when an accident at a construction site is caused by the negligence of a third-party subcontractor, allowing the injured worker to file a workers’ compensation claim with his or her employer as well as to file a lawsuit against the third party for negligence.

Workers may help to prevent injuries by always using safety gear when they are working. If they see safety hazards at their jobs, they should report them. Workers should not agree to work without safety equipment or in noncompliant areas that violate the OSHA guidelines. A workers’ compensation attorney may help victims to recover compensation.