Who’s at Fault for a Slip and Fall in Nevada? 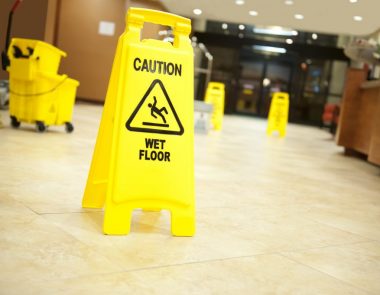 If someone is involved in a slip and fall accident, there are several ways to determine who was at fault for the accident, whether it was the property owner or the local government. Slip and falls are among the most common types of personal injury cases, and they involve proving that the party responsible was aware of the danger and failed to mitigate it, resulting in injuries.

The Difficulty of Proving Liability

Most slip and fall cases involve the injured person and the owner or manager of the property where the fall took place. In some cases, the city or municipality may be liable for slip and fall injuries if the accident took place on government property. Insurance companies, stores, or other locations will typically deny a claim and state that the victim was at fault, either due to a failure to pay attention or other circumstances that led the individual to ignore the danger.

Ultimately, to win a slip and fall case, victims will need to determine whether the owner or manager of the property failed to keep the area safe, in what is known as “premises liability.” The three items that a victim will need to prove include:

To prove liability, a victim will need to gather as much evidence as possible that can verify his or her claims. Evidence used to prove that a property owner or manager was liable for a slip and fall injury could include medical records, witness testimony from people present at the time of the accident or who were aware of the property owner’s failure to mitigate the danger, and evidence of the condition that resulted in the fall.

Working with an experienced premises liability attorney can help build a case and prove who was at fault for the accident. With enough evidence and a strong case, individuals will have a better chance of determining who was responsible for a slip and fall and holding the right party accountable.