Racing to Die: The Higher The Limit The Faster They Go 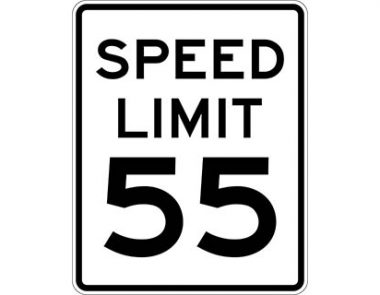 Driving faster increases accidents. Yet posted speed limits continue to be hiked. Empirical data shows that speeds over 75 miles per hour (mph) result in more accidents, injuries and fatalities than if posted speed limits were kept below that threshold. One study demonstrated that if there were no speed limit increases above 55-65 mph, 33,000 deaths over 20 years would have never occurred.

New data illustrates that raising the speed limit from 75 to 80 mph increased average driving speed from 75 to 78. Only 3 mph faster than 75 resulted in a whopping 17% more fatalities. Only a few states post speed limits over 80 mph. This interests a personal injury lawyer because Nevada is one of those states. Lawmakers country-wide are sitting up and taking notice of increased car crashes, too.

As a result of an engineering and safety assessment in 2008 conducted over four years (May 2010 – May 2014), lawmakers experimented with the posted speed limit. Signs were changed from 75 to 80 mph on Interstate 15.

In 2014, head IIHS (Insurance Institute for Highway Safety) researcher Wen Wu found an unexpected result of the change: drivers exceeded the new speed limit beyond 122% . Further results were published in 2016, in the Journal of Safety Research, one of the go-to journals of a diligent personal injury attorney. The study was based on data collected from Nevada’s neighbor, Utah in 2009.

Regardless of safety issues, the average speed of traffic increases when the posted speed is hiked. Increased speed causes death because:

A personal injury attorney represents people who’ve been victims of speeding-induced accidents resulting in serious injuries and fatalities. In 2014, 28% of all crash fatalities were the fault of speed. That translates to around 9,000 people per year who may seek a wrongful death or personal injury attorney. When governments experiment with traffic laws, people should be aware of the ways these changes can affect them and how to stay safe.