Get the Facts About Railroad Crossing Accidents in the US 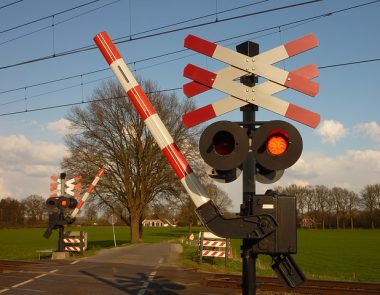 Railroad crossing accidents are a deadly problem in the United States. The number of fatalities and injuries on the rails is rising rapidly. There is a need for increased awareness and vigilance for both pedestrians and motorists.

Railroad Accidents in the United States

From 2014 to 2018, there were 10,752 railroad crossing accidents in the United States. 11.7% of these events resulted in a fatality, and 25.8% resulted in a personal injury. In 1% of accidents, both a fatality and injury were recorded. Surprisingly, a total of 61.5% of incidents did not result in either a fatality or injury.

During the period studied, there were 862 incidents involving pedestrians. Of these, 65.4% resulted in a fatality and 31.9% resulted in a personal injury. This makes pedestrian-involved accidents the deadliest type of train accident recorded.

While there were only 38 incidents involving motorcycles, 28.9% of these resulted in fatalities, and 44.7% resulted in severe injuries. Similar to pedestrian-involved accidents, motorcyclists have little protection when a train strikes.

Staying Safe on the Rails

Pedestrians and motorists should exercise extreme caution when approaching a railway crossing. Adhering to posted signs, obeying traffic signals, and not skirting safety gates goes a long way towards preventing an accident. Pedestrians and motorists should always slow down and look both ways before crossing even when it appears the coast is clear.