Ranitidine Recall: Here’s What You Should Know 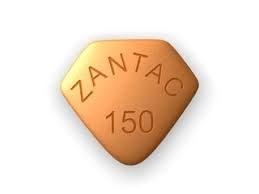 Individuals exposed to the dangers of Zantac amid the recent recall may be able to file personal injury claims. There are some details that are important to understand about the recall and the reason behind it.

The Reason for the Ranitidine Recall

In April, the U.S. Food and Drug Administration (FDA) requested manufacturers of over-the-counter (OTC) and prescription ranitidine drugs to recall all of these products. The recall came as the agency continued its investigation of N-Nitrosodimethylamine (NDMA), which is a potentially harmful contaminant found in Zantac, whose generic name is ranitidine. Specifically, the FDA found that ranitidine became increasingly impure over time if stored in areas with higher than room temperature. Subsequently, impure ranitidine could cause harm to individuals exposed over time.

NDMA has been found to be a carcinogenic substance that is capable of causing cancer. After conducting tests on ranitidine in independent laboratories, the FDA discovered that ranitidine contained NDMA, which is found in low levels in water and certain foods. While low levels of NDMA aren’t enough to qualify as carcinogenic, higher levels could cause health issues with regular exposure. Although the testing found that ranitidine contained low levels of NDMA, additional testing found that NDMA levels actually increased in these medications over time independent of the conditions present.

As ranitidine ages and is exposed to higher than room temperatures during handling and distribution, testing concluded that NDMA levels increase to unacceptable levels.

What to Do with an Existing Prescription

While manufacturers have been instructed to recall ranitidine medications, the FDA has advised patients who are currently taking the medication to consult with their doctors before they quit using it. Other substitutes for Zantac may be available that have not been found to contain NDMA or other carcinogenic substances.

The COVID-19 pandemic has made it more challenging for consumers to visit drug stores to return the medication, but in light of this, the FDA has released some guidelines for proper disposal. Consumers can also follow the instructions included on the package insert or guide included with the medication.

The FDA is continuing its investigation into NDMA and other harmful substances and has not found NDMA in other similar medications such as Tagamet, Nexium, Pepcid, Prilosec, or Prevacid, which a doctor may recommend using in lieu of ranitidine.