Red Light Fatalities on the Rise in Nevada 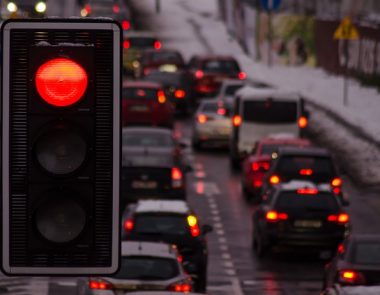 Fatal accidents caused by running red lights are on the rise in Nevada and across the United States. Failure to obey traffic lights and stop signs is a serious traffic infraction with potentially deadly consequences. Drivers can reduce their risk of an accident at intersections by staying alert and closely monitoring the actions of vehicles near the intersection.

It is estimated that two people per day die in the United States as a result of running red lights. In 2017, 939 people died due to red light running crashes. This was the highest number in ten years and represents a 28% increase over the past seven years.

From 2012 to 2016, 2,212 people suffered serious injuries in intersection related accidents. This statistic highlights the importance of driver vigilance when approaching or crossing through intersections in Nevada. 61% of these accidents occurred during daylight, while 32% occurred after dark but with light present from street lamps, businesses, etc.

Drivers can reduce their risk of a red light accident by slowing down when approaching intersections and not attempting to “race” the light when the light turns yellow. Drivers should also scan the road for the actions of other motorists and pedestrians in the vicinity of the stoplight. In particular, drivers should scan both sides for cross traffic that may be attempting to enter the intersection against a red light.

Finally, motorists should always ensure that their brake systems and tires are in good condition. These critical systems can help motorists stop quickly if another vehicle attempts to run a red light.