On the Road to Zero Fatalities 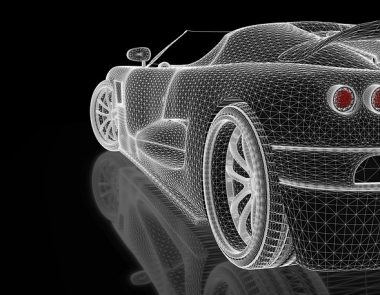 Nevada traffic fatalities have continued to occur despite safety advances, leading the government to implement a three-pronged approach to reduce car accident deaths to zero. The government is focused on working closely with manufacturers to ensure that they do not produce automobiles that are defective or that contain defective components. The second focus is on continued work in automation and safety advances. Finally, the government’s third prong is focused on addressing problematic driving behaviors that may lead to accidents. By focusing on all three of these prongs, the government hopes that it will be able to end traffic deaths.

The National Highway Traffic Safety Administration aims to work collaboratively with auto manufacturers to ensure that they make automobiles that are safe and defect-free. In 2016, the NHTSA reached an agreement with manufacturers to take a more proactive approach to the identification of defects before they reach the marketplace instead of waiting to recall unsafe vehicles after they have already caused injuries and deaths. To help prevent defective vehicles from being released, the government is taking the following steps:

The agency’s goal is to identify defects early so that recalls may be issued much faster. It also is looking at ways to communicate information about recalls so that a greater number of people who are affected by them participate.

The second prong of the drive to zero is continuing research into automation and advanced safety technologies. The NHTSA has worked for years to encourage safety technology advances through research and funding. It recently issued the Federal Automated Vehicles Policy to provide guidelines for testing automated vehicles and deploying them while also encouraging innovation. Autonomous vehicles are believed to have the potential to greatly reduce the number of accidents, injuries, and fatalities because the cars will not make the types of human errors that cause many car accidents.

In addition to automation, the agency is looking at connected vehicles as a way to help to reduce accidents. If vehicles are able to communicate with each other over a broad network, the cars may be able to help to prevent accidents. As other safety technology advances, the NHTSA wants car manufacturers to make these technologies standard equipment on all of their new cars.

Human errors lead to most accidents. Reducing the instances of human driving mistakes could substantially lessen the number of accidents each year. In 2015, the NHTSA reports that 35,092 people were killed in motor vehicle accidents. About 94 percent of fatal accidents were caused by negligent driving behaviors. The agency is focused on such problem behaviors as drugged driving, drunk driving, drowsy driving, speeding, and distracted driving, among others. Many of these poor driving behaviors can be reduced by stepped-up enforcement, which the NHTSA actively encourages. In addition to greater enforcement, the agency also works to educate the public about these and other unsafe driving behaviors. The NHTSA has held multiple public information campaigns to increase awareness of the hazards of dangerous driving choices.

Even when automated vehicles are broadly available, negligent driving behaviors are still likely to cause accidents. Since there will still be people on the roads who are driving older cars that are not automated, accidents are likely to continue happening unless driver errors are substantially reduced. Focusing on educating people about the dangers of negligent driving choices and increasing enforcement may help prevent a large number of car accidents.

The three-pronged approach to reducing traffic deaths down to zero may not prevent all deaths. However, it should help to substantially reduce the number of fatalities that happen each year. Drivers should always drive cautiously and follow all traffic laws. If more drivers avoided negligent driving choices, the accident rate might decrease. Drivers should not rely on advanced technology to keep them safe. While these technologies can certainly help to reduce risks, they cannot prevent all accidents. The interplay of these factors is why the NHTSA has chosen its three-pronged approach to reduce traffic fatalities.