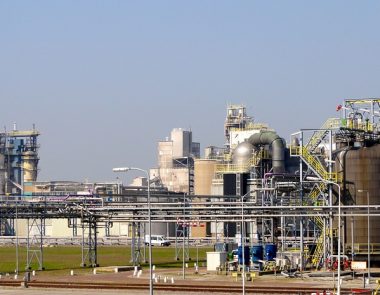 A regulation that was finalized by the Environmental Protection Agency to protect workers and the public from chemical plant accidents has been delayed by the Trump Administration, and 11 states have filed a lawsuit against the EPA as a result. The rule, which would help to protect Nevadans who work with chemicals as well as people who are members of the public and who reside near facilities that work with chemicals, was recently delayed by two years. The states that have sued claim that the EPA is placing special interests above the public’s health and safety and that the action by the agency is illegal.

The chemical safety regulations were finalized by the EPA in Jan. 2017 before Trump assumed office. They were supposed to take effect in March 2017, but the action was immediately taken to delay the rule following the inauguration. The regulations aim to bolster chemical accident response training for first responders and help chemical facilities improve their chemical processes to prevent explosions and other accidents from happening. Scott Pruitt, the EPA’s administrator, granted an initial 90-day delay on the rule’s implementation. He then announced a delay until Feb. 19, 2019, for the rule to be implemented. Since the rule contains language that gives a one-year grace period for companies to comply, companies would not be required to follow it until Feb. 2020.

Proponents of the rule point to several disasters that have happened to bolster their arguments that the regulation is necessary. Chemical plant accidents have claimed many lives and resulted in numerous injuries to workers as well as to people who live close to the disaster areas. In the last 10 years, chemical plant disasters have led to the deaths of 58 people. An additional 17,000 people have been injured in chemical disasters. According to the EPA, 1,517 chemical plant disasters have happened in the last decade. In 473 of the incidents, property that was damaged extended beyond the explosion sites, leading to mass evacuations and $2 billion in property losses.

Regulations that protect first responders, workers, and communities from hazardous conditions should be a priority. A workplace injury attorney advocates for those who have been injured while they were on the job to recover compensation for their losses. Victims of workplace chemical accidents may recover benefits through workers’ compensation insurance.