Those at Greatest Risk for Adolescent Sports-Related Injuries 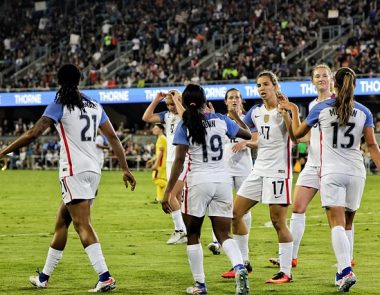 Adolescent football players in Nevada are not the only high school students carrying a higher risk of suffering concussions. A recent study reveals that female soccer players have the highest risk of all adolescent athletes of suffering these traumatic brain injuries. While high schools and junior highs across the country mandate that football players wear helmets, girls who play soccer do not have similar requirements and are just as susceptible to injuries. Injured athletes who suffer concussions may have lasting damage, resulting in potentially lifelong disabilities. An injury lawyer may help victims to recover damages to compensate them for their losses.

An estimated 300,000 adolescents suffer concussions in the U.S. every year. Researchers wanted to examine sport- and gender-related differences in the risk of suffering concussions while adolescents are involved in high school athletics. They reviewed injury data for adolescent athletes that were reported to the High School Reporting Online system from 2005 to 2014. Between those years, there were 18,745,000 sports-related injuries and 6,399 reported concussions. The overall concussion rate increased during the study period. The researchers also looked at the rates of injury in eight different high school sports, including football, girls’ soccer, boys’ soccer, girls’ volleyball, girls’ and boys’ basketball, boys’ wrestling, girls’ softball and boys’ baseball. They found that girls’ soccer had the highest concussion rates out of all of the high school sports.

Why do Female Soccer Players Have Higher Risks?

The researchers surmised that the female soccer players had higher risks of suffering concussions because they do not use protective gear. However, boys’ soccer did not show a corresponding increased risk. The researchers believe that girls have reduced neck strength and mass, leading to an increased risk of injury with contact. They also found that girls who suffer from concussions may experience more severe symptoms and have longer recovery periods than boys.

What Can be Done?

To protect adolescent athletes, schools should mandate that all athletes who play contact sports wear protective headgear, including soccer players. Concussions can cause lasting and severe damage that may affect people who suffer them for the rest of their lives. Studies have shown that even mild concussions may have lasting effects. When a student-athlete is injured, an injury lawyer may assess the school’s safety measures to see if they were sufficient. If they weren’t, the lawyer may work to collect damages for the victim.