Texting and Driving? The Cops Can Tell 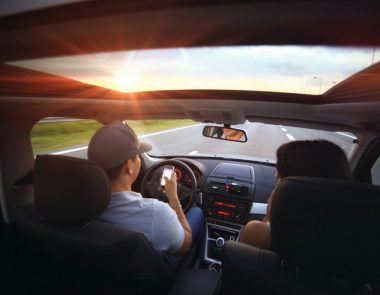 Police officers in Nevada may soon be able to utilize textalyzer devices to determine whether or not a motorist was texting while driving. Following an accident, forensic examination of a cell phone with the textalyzer device can show that the driver was distracted by a mobile device at the time of an accident.

Legislation passed in 47 states makes texting and driving a traffic infraction that law enforcement can cite motorists for doing. However, that has not stopped drivers from engaging in this very dangerous behavior. Nationwide, it is estimated that cell phone use is a factor in nearly 1.6 million crashes each year. These accidents cause nearly 390,000 personal injuries. This is nearly 25% of the total number of accidents and injuries recorded from automobile accidents each year.

Developed by Cellebrite, Textalyzer downloads information directly from the user’s cell phone. This information includes the apps that were accessed and at what times they were accessed. For example, it would show that the user sent an SMS, posted a message or text via Facebook or Whatsapp at 2:30 pm, and whether they placed a phone call or answered an incoming call.

Textalyzer produces a minute-by-minute chart that law enforcement can use to compare to other data from the accident. For instance, the onboard computers within the vehicle might show that the accident occurred at 2:31 pm while the individual was texting or talking.

Textalyzer is still in its infancy and is not approved for use in most municipalities. Citing concerns over civil liberties, many legislators remain skeptical that the devices won’t gather personal, private information. However, that doesn’t mean that law enforcement can’t tell whether a motorist is texting/talking while driving.

Law enforcement officers in many communities are relying on “old school” technology to catch motorists breaking the law. These strategies include placing spotters on overpasses, accepting tips from truck drivers on the road, reviewing footage collected by dash cams, and securing subpoenas for cell phone records when a motorist is involved in a fatality or injury causing an accident.