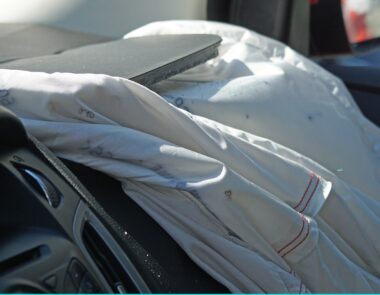 Drivers who own Toyota Venzas from model years between 2009-2015 should be aware of important recall news affecting their vehicles. The automaker is issuing a recall of these crossover vehicles because of electrical problems that could keep the side-curtain airbags from deploying. Even though the problem is not widespread, it can pose a considerable danger for drivers.

This Is the Latest Toyota Airbag Recall

Toyota has been affected by airbag issues perhaps more than any other vehicle manufacturer. The company was previously forced to recall scores of cars and SUVs because of defective airbags made by the now-bankrupt Taketa. Toyota owners may be justifiably terrified anytime that they hear the word “airbag” because of the company’s checkered history. In this case, Toyota says that it received 31 field reports of problems and 56 warranty claims relating to the airbags

Here, the problem involves the electrical wiring. There is an airbag sensor in the Venza’s door that could detect when it needs to deploy. However, over time, the door’s use could damage the wiring. These wires connect from the door to the car’s body in a harness. Over time, these wires can rub against their housing and break, cutting off power to the sensor.

With an inoperable sensor, vehicle owners may not be able to rely on their side and curtain airbags when they are needed. They would be unprotected in a crash due to defective airbags. While Toyota estimates that this problem impacts less than one percent of vehicles, Venza owners should take this recall seriously. Anything that affects the airbags means that their safety in a crash is on the line.

Owners Can Soon Schedule an Inspection and Maintenance

This recall affects approximately as many as 373,000 vehicles. Toyota will soon begin the process of notifying affected vehicle owners. Starting May 31, owners can schedule service. They should do this as soon as possible for their own safety. Toyota will inspect the wiring and replace it as necessary. In the meantime, vehicle owners should be on guard for airbag warning lights.

Drivers who have been injured in an accident due to defective airbags may be entitled to financial compensation. After contacting a personal injury lawyer, they could file a product liability lawsuit against both the company that made the airbags and Toyota.