Predicting the Outcome of Whiplash Injuries 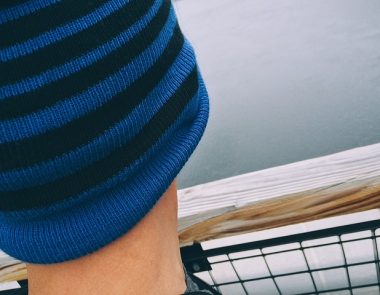 According to researchers, the outcome of whiplash injuries that are suffered by people in Nevada might be predicted by post-accident reported pain and disability. Whiplash is the leading type of injury that people suffer in collisions. People who experience the most reported pain and neck stiffness from whiplash injuries following car accidents are the most likely to still be suffering from disabilities one year after the accident, according to research. Other prognosticating considerations include psychosocial factors such as anxiety, seeking medical and legal help early and the tendency to catastrophize.

Factors that were not associated with how quickly the patients recovered included the results of their x-rays, MRIs and CAT scans as well as collision factors. A personal injury attorney may help whiplash victims recover damages for medical expenses and other losses.

Researchers from Aarhus University’s Danish Pain Research Centre reviewed data from 141 people who had sought medical care for headaches or neck pain within two weeks of being struck from behind in rear-end accidents. The patients had not previously had histories of neck or back pain or of severe headaches. The researchers found that of those who reported low initial stiffness and pain scores, 92.9 percent reported significant improvements within one month. Of the patients who initially reported greatly reduced neck mobility, 75 percent were still disabled one year after their accidents.

The researchers stated that the pain and stiffness scores were all by self-report and were subjective. They did not find differences in the x-rays of those who reported higher pain and stiffness scores and those who reported lower scores. Researchers did not find a relationship between recovery and participation in ongoing lawsuits. People who were involved in lawsuits because of their accidents were no more or less likely to recover from their injuries quickly. A doctor from Emory University stated that the finding was interesting because while there are instances of malingering, some people may have minuscule injuries to the spine that are not identified in CAT scans and radiographic imaging. This means that even if a CAT scan or x-ray doesn’t reveal obvious damage, people may still be injured.

Factors That Are Predictive

Of the associated factors, the researchers found that post-accident reported pain and disability was the most predictive factor of the recovery of the patients. They also found an intersection between psychological factors, including catastrophizing and anxiety, with social factors such as legal factors, compensation and the quickness of seeking medical care.

Factors that were found to not be associated with how quickly the patients recovered included the results of their x-rays, MRIs and CAT scans. They also did not find a relationship between the speed of recovery and collision factors such as the speed of the crash, the direction of it or the use of seatbelts or headrests.

What Does This Mean?

Some people are more susceptible to sustaining whiplash injuries that have poorer prognoses. People who suffer from high levels of anxiety and who tend to view situations in terms of the worst possible outcomes may be likelier to suffer serious whiplash injuries from which they have a more difficult time of recovering. Others may suffer small injuries that are difficult to identify with normal imaging methods. Finally, a certain subset of the population may attempt to exaggerate their symptoms in an effort to try to recover more compensation or to gain attention from others.

Car accident victims should seek medical attention as soon as possible after their accidents. A personal injury attorney may help victims by negotiating with insurance companies on their behalf. It is important for victims with whiplash injuries to be honest about their symptoms with their doctors and with their personal injury attorneys. They should also follow through with their doctors’ treatment recommendations, including rehabilitation and exercises. Attempts to exaggerate symptoms may backfire when people have pending claims. Insurance companies are experienced in identifying evidence of malingering. If the companies believe that the injured victims are not being honest about their symptoms, it may make it much harder to recover damages for their related medical expenses in car accidents.