How Has Workplace Safety Evolved Over the Years? 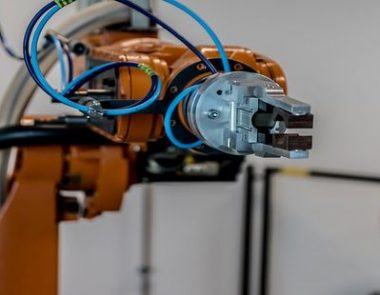 From the formation of OSHA to robotics and wearable technologies, workplace safety has significantly improved in the last half-century. Today, occupational health and safety is a workplace hero, but it wasn’t a priority in the early 1900s. Workers would sacrifice their health and lives to get things done. Workplace safety continues to improve year after year, with injury and fatality numbers gradually decreasing.

The Inception of Workplace Safety

The evolution of occupational health and safety started in the 1970s. It began with the formation of the Board of Certified Safety Professionals (BCSP), a not-for-profit organization that offers accredited credentialing for health, safety, and environmental practitioners. The organization establishes standards in professional safety practice. Between 1960 and 1991, Liberty Mutual developed Manual-Handling Task Guidelines, which are based on tables that highlight the capability and limitations of workers handling lifting, pulling, pushing, carrying, and lowering tasks. The aim is to reduce low back disability.

The national workplace safety culture in the US was formally initiated in 1970 following the formation of OSHA. The agency was formed to collect data, release reports, and pass health and safety standards that address issues related to known workplace hazards. Before OSHA’s inception, it was estimated that 14,000 workers died on the job. The number of fatalities has decreased yearly to 5,250 in 2018 even as total employment numbers grew twofold.

The first robot in a manufacturing operation was implemented by General Motors in 1962. By the latter half of the 70s, factories were using fully electrically-driven robots and the first generation of arc welding robots. The Research Institute at Liberty Mutual continued its work in the 1980s, studying repetitive stress injuries. The research led to the development of guidelines for repetitive wrist motion and the 1994 Musculoskeletal Stress Measurement Kit.

In 1990, the American Society of Safety Engineers (ASSE) was formed for research, education, occupational safety, and health development. The foundation funds fellowships, internships, scholarships, and research grants. ASSE later collaborated with the Canadian Society of Safety Engineering to start a week focused on drawing attention to workplace safety measures. In 2001, Liberty Mutual’s Research Institute developed the Quantitative Analysis Unit (QAU) to conduct research on the leading causes of disabling workplace injuries and illnesses. The QAU was renamed the Center for Injury Epidemiology in 2006.

In 2008, Linatex introduced the first collaborative robot (cobot). Cobots are intended for direct human-robot interaction within a shared space and have found numerous applications in different industries. In 2017, workplaces began incorporating apps that alert workers to hazards and allow employers and supervisors to identify and address safety concerns early. In 2018 and 2019, major automakers started using exoskeletons in their factories to help workers reach overhead while reducing muscle load. Since the COVID-19 pandemic hit in 2020, innovations in occupational health and safety are centered on disease detection and prevention.